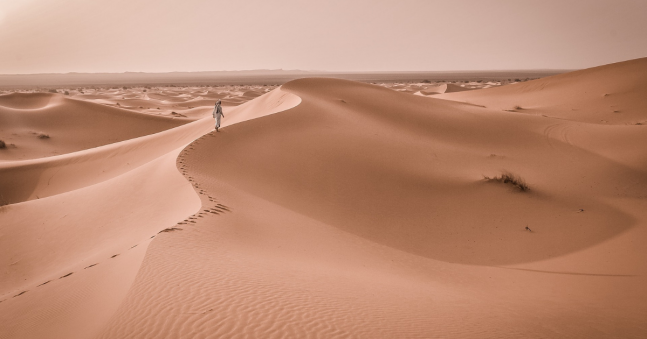 Interesting Facts About the Sahara Desert

The Sahara Desert is the world's largest hot desert and the third largest desert behind Antarctica and the Arctic. Located in North Africa, it covers large sections of the continent - covering 9,200,000 square kilometers which is comparable to the are of China or the US! If you're joining us on our Sahara Desert Trek or just want to find out some interesting facts about the Sahara then keep reading to fuel your wanderlust!

How Hot Is The Sahara Desert?

The Sahara is the hottest desert in the world – with one of the harshest climates. The average annual temperature is 30°C, whilst the hottest temperature ever recorded was 58°C. The area receives little rainfall, in fact, half of the Sahara Desert receives less than 1 inch of rain every year.

Despite many thinking of the Sahara as a constantly hot climate, temperatures drop dramatically at night, due to the lack of humidity, and can reach lows of -6°C. Snow falls regularly on several mountain ranges, but nowhere else in the Sahara.

How Big Is The Sahara Desert?

The Sahara Desert is the largest hot desert in the world, and the third largest overall after the Antarctica and the Arctic. The Sahara Desert covers an incredible 9.2 million km², which is almost the same size as China, and a total of 8% of the earth’s land area. Impressive! 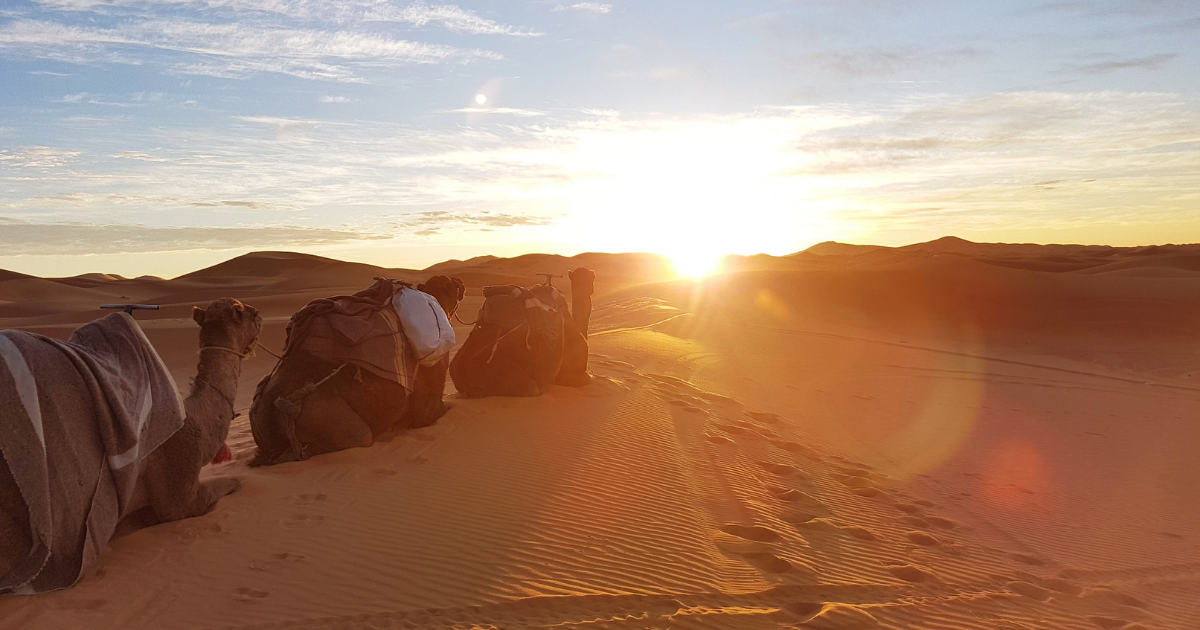 What Can Be Found In The Sahara Desert?

The Sahara is much more than just sand – in fact, the majority of the Sahara is made up of barren, rocky plateaus, as well as salt flats, sand dunes, mountains and dry valleys. The rivers and streams found in the Sahara are all seasonal, apart from the River Nile.

There are over 20 lakes in the Sahara, most of which are saltwater lakes. Lake Chad is the only freshwater lake in the desert.

How big are the sand dunes in the Sahara?

In east-central Algeria lies the Isaouane-n-Tifernine Sand Sea, with sand dunes as high as 450m – some of the tallest in the world!

The largest dunes in Morocco are the Erg Chigaga – with some dunes reaching a massive 300m. The Chigaga dunes are hard to reach, with access only permitted by 4x4, camel or foot. These dunes are a relatively untouched part of the Sahara and the area we explore on our Sahara Desert Trek. 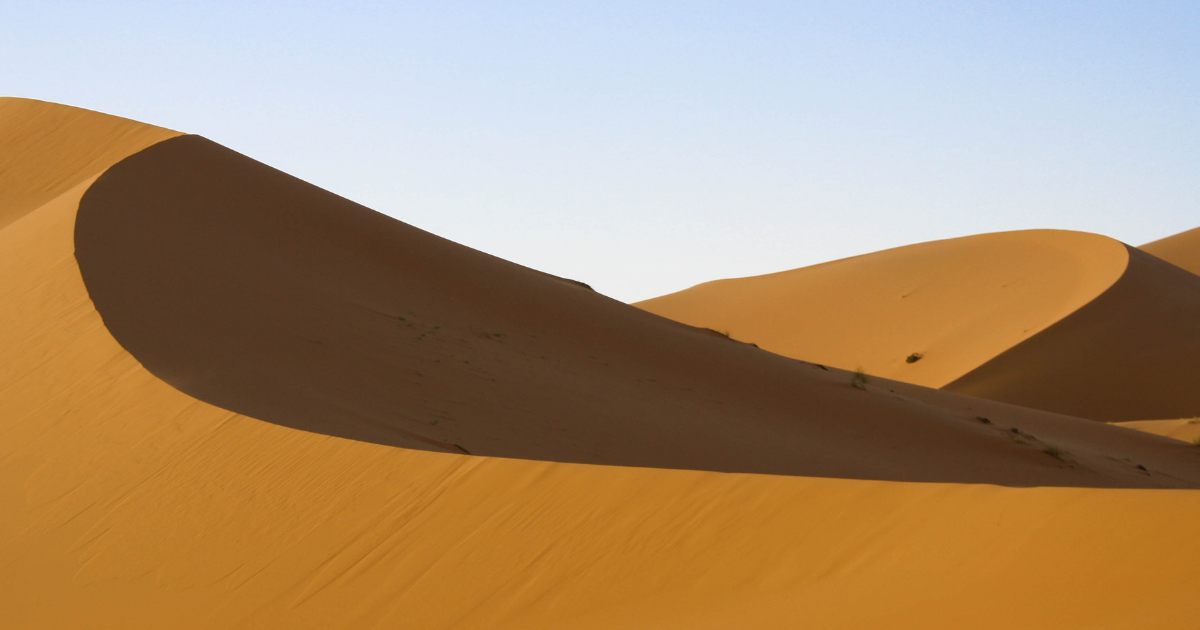 Has The Sahara Desert Changed Over The years?

Yes - dramatically! The Sahara has changed immensely! It used to be lush and green, home to a variety of plants and animals. The change came approximately 5000 years ago, due to a gradual change in the tilt of the earth. It is thought that the Sahara Desert will become green again at some point in the future.

What Does “Sahara” Mean? 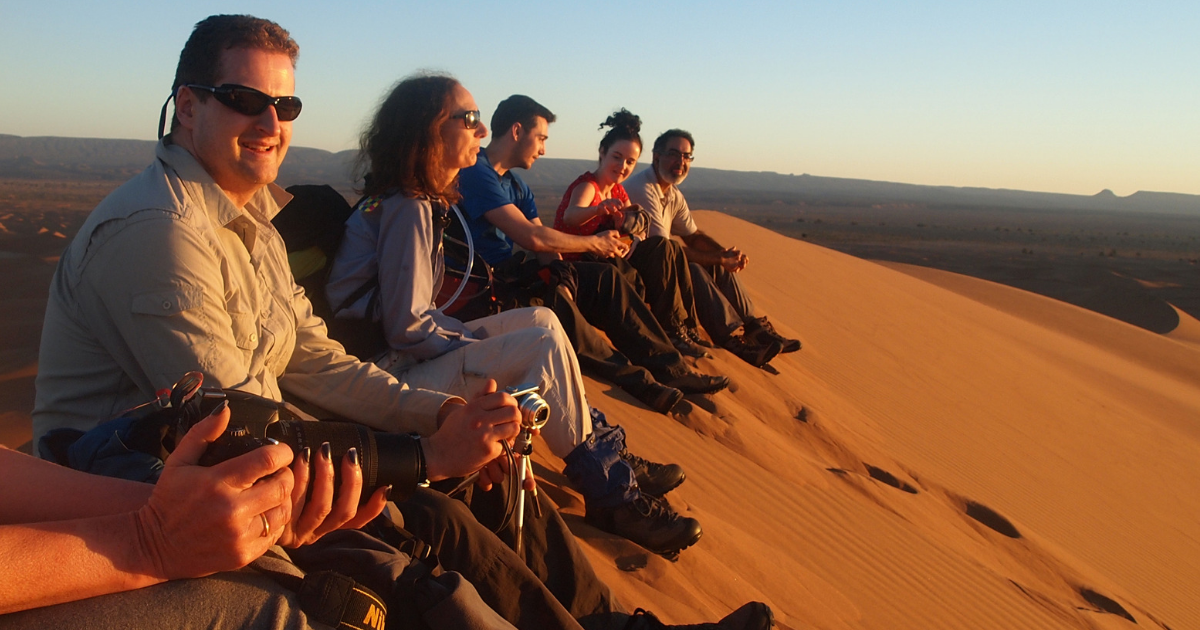 What Can You Do In The Sahara Desert?

There are several activities you can do in the Sahara such as quad biking, stargazing, sand surfing, camping or trekking! Our Sahara Desert Trek is a fantastic adventure, taking us on a 4 day trek to the top of the Chegaga Dunes! We will witness a stunning desert sunrise, sleep under a blanket of stars and create memories to last a lifetime. This is one of the best ways to experience the beautiful Sahara (even if we are a little biased).

Do People Live In The Sahara?

The population of the Sahara is just two million. People who live in the Sahara are predominantly nomads, who move from place to place depending on the seasons. Whilst others live in permanent communities near water sources.

The Sahara Desert really is an intriguing and beautiful place, waiting to be explored. For more information on our trekking adventure, head over to our Sahara Desert Trek and get your journey underway! 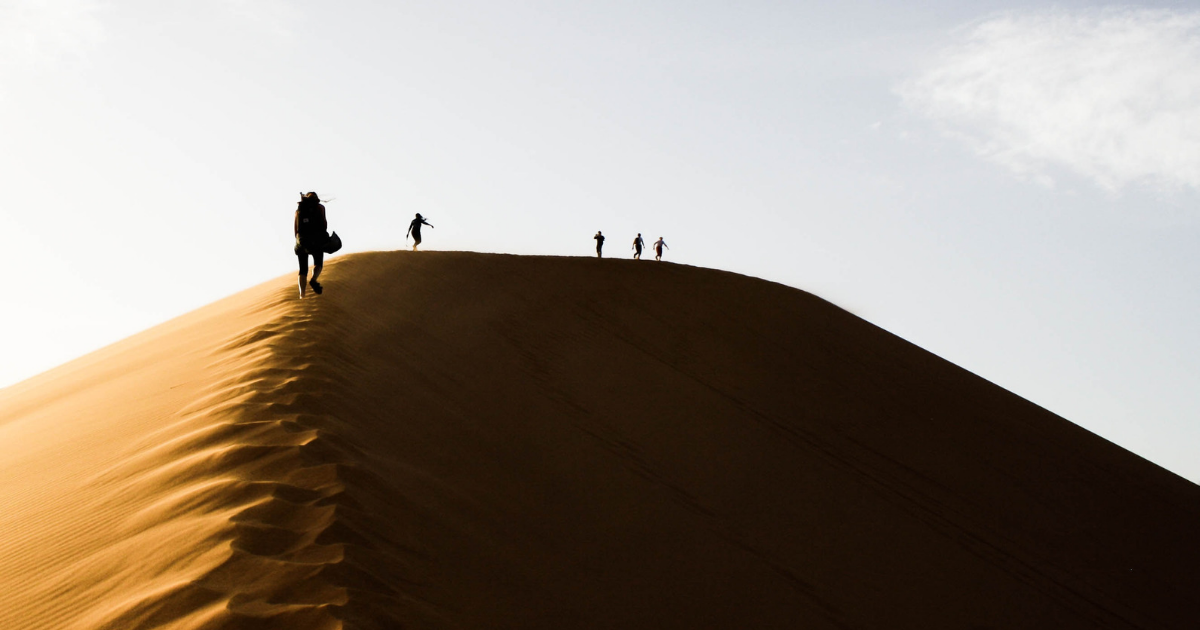