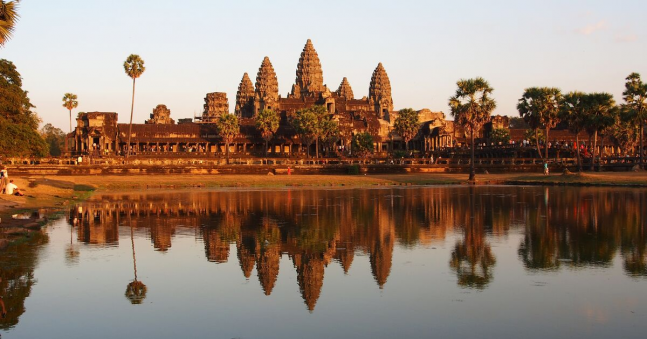 How Old Is Angkor Wat? - The Heart and Soul of Cambodia

HOW OLD IS ANGKOR WAT

Angkor Wat is an enormous Buddhist temple complex located in northern Cambodia. It is the largest religious monument in the world and a bucket list attraction for many adventurers. But exactly how old is Angkor Wat?

Angkor Wat is an architectural masterpiece and the largest religious monument in the world – covering an area four times the size of Vatican City. It was built by the Khmer King Suryavarman II in the first half of the 12th century, around the year 1110-1150, making Angkor Wat almost 900 years old.

The temple complex, built in the capital of the Khmer Empire, took approximately 30 years to build. It was originally dedicated to the Hindu god Vishnu before becoming a Buddhist temple by the end of the 12th century.

One of the first Western visitors to the temple was Antonio de Madalena, a Portuguese friar who visited in 1586. Angkor Wat was then effectively rediscovered by the French explorer Henri Mouhot in the 1840s. Mouhot described Angkor Wat as “grander than anything left to us by Greece or Rome” and spread the word about this incredible monument to the western world.

The French, who ruled Cambodia for much of the 20th century, restored the site in the early 1900s for tourism purposes. However, this work was then disrupted by the Cambodian Civil War and during the rule of the Khmer Rouge. Angkor Wat sustained minimal damage – however there are still bullet holes on its outer walls due to the battles of the Khmer Rouge regime.

Cambodia gained independence from France in 1953 and has controlled Angkor Wat ever since.

In 1992 the temple complex was named a UNESCO World Heritage site, and is now a highly popular tourist attraction in Cambodia - welcoming 2 million visitors every year. The most popular time to visit Ankgor Wat is in the early hours of the morning; to witness a beautiful sunrise over the magical temple. 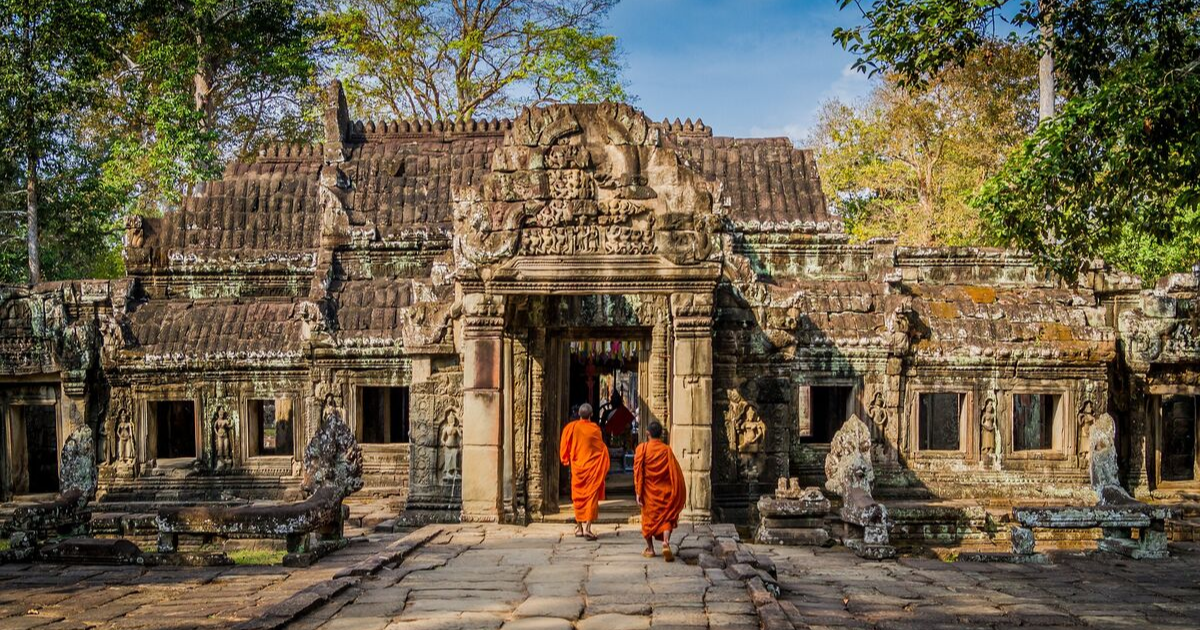 WHERE IS ANGKOR WAT?

The city of Angkor, home to Angkor Wat, was the capital of the Khmer Empire and thrived between the 9th and 15th centuries.

Angkor itself stretched over 400km² and is now home to the magnificent remains of a variety of temples including Angkor Wat, Angkor Thom, Bayon Temple and Ta Prohm – made famous by Lara Croft in Tomb Raider! We now know that Angkor Wat was the centre of a city as large as Berlin – it was the heart of the largest empire of its time. 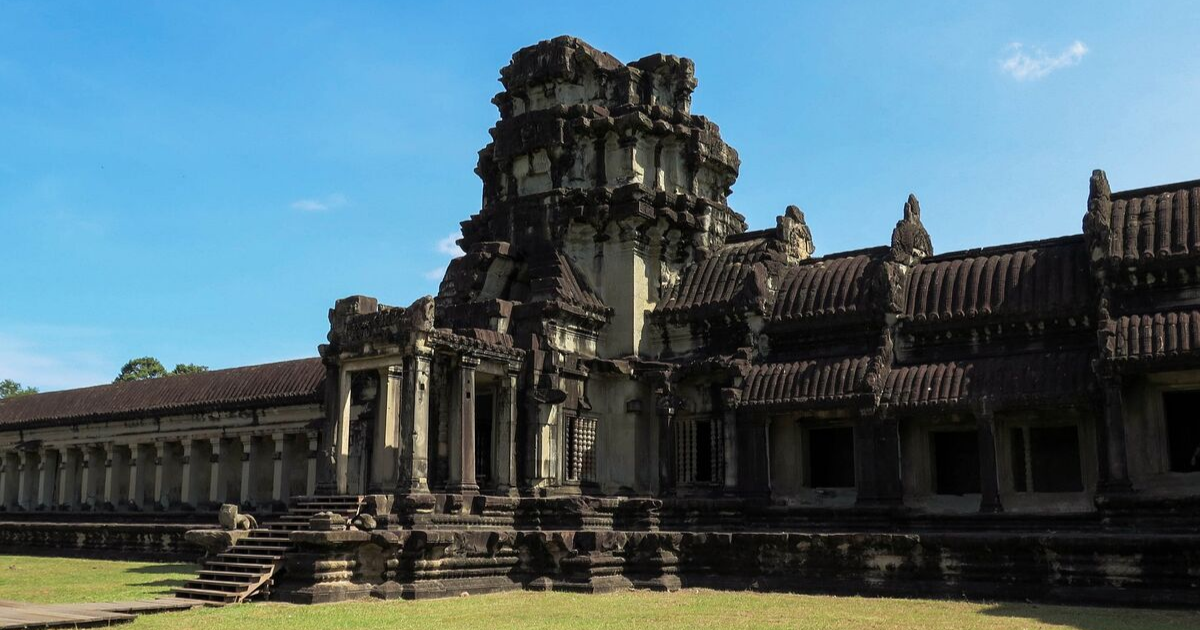 Angkor Wat, the heart and soul of Cambodia, translates to “City of Temples” in the Khmer language.

Angkor Wat, protected by a 15-foot high wall and wide moat, covers an area of 200 acres. During its height of popularity, Angkor Wat included a city, temple and the emperor’s palace. However, it was only the temple and walls that were built out of sandstone, not wood, and therefore the only structures still remaining today.

Angkor Wat is said to represent Mount Meru, the home of the gods, according to both Hindu and Buddhist faiths. The five towers represent the five peaks of Mount Meru, whilst the walls signify the surrounding mountain ranges and the moat represents the sea.

CYCLE FROM VIETNAM TO CAMBODIA 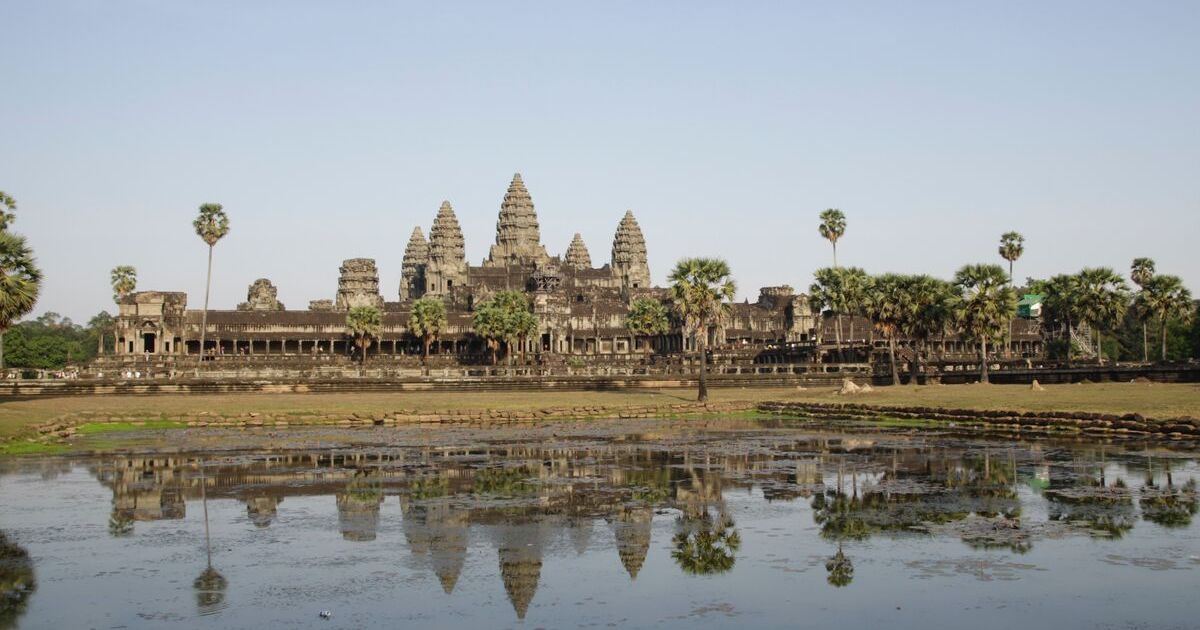 Visiting Cambodia’s Temples of Angkor is definitely top of many people’s bucket lists. Angkor Wat is an awe-inspiring temple, famous for its enormous size and incredible detail.

Join us on an adventure of a lifetime as we explore Angkor Wat. We have two fantastic charity challenges, which both finish outside the incredible UNESCO World Heritage Site.

Take on a 5 days trekking challenge through Cambodia on our Trek to Angkor Wat; witness amazing views and the remains of an ancient civilisation as we ascend Kulen Mountain and then continue on to the world-famous Angkor Wat!

Or if cycling is more your thing, then join us on our Vietnam to Cambodia Cycle challenge; combining two exciting Asian countries in one incredible challenge. We’ll cycle 370km from Ho Chi Minh City to Angkor Wat!

WHICH ADVENTURE WILL YOU CONQUER?